So you want to know What Camera Does Roman Atwood Use? In this article, we’re going to explore 6 cameras that Roman Atwood uses in his vlogs.

Roman Atwood is an American YouTuber personality and an international YouTube star. He has a Vlogging channel on YouTube and has over 15 million subscribers. He is famous for his daily vlogs and previously he had a pranks YouTube channel. He was one of the first few people on Youtube to win two diamond play buttons.

He is one of the most popular vloggers in the world. His family wasn’t rich when he was a child, from back then he wanted to do something in life and live a better lifestyle. From his college days, he was interested in film making, he had also created a few film projects in his college days. Then in 2010 he started his first YouTube channel and posted all different types of pranks and then in 2013 he started his vlogging channel.

Though he was quite popular as a prankster, after doing daily vlogs for a while he became a household name in America. People really connected with him on a personal level, as he shares his personal life with his wife, and his kids, etc. Everybody just gets addicted to watching his daily life and that’s what made him a successful YouTuber. Apart from that, the overall quality of his vlogs is really good. And a large part of his success comes down to the cameras he uses.

Below you’ll find a few more details about each of these cameras:

This is a world-class camera with 4k quality video and 61-point autofocus system, using this system you will be able to create really quality videos on the move or of moving subjects. It also has a 3.2-inch LCD Touch Screen and captures great photos even in low light. The built-in Wi-Fi allows you to easily share your photos on your phone, computer, etc.

One downside with this camera is the weight, it weighs approximately 1,34kg, so it’s not that easy to carry around as a daily vlog camera. However, there are other vloggers out there like Casey Neistat & Peter McKinnon who use this camera as a daily vlogging camera, with a GorillaPod to hold it.

This is not Roman Atwood’s main vlogging camera, but in terms of image quality, it’s definitely one of the best cameras available. The microphone on this vlogging camera is also good but I would recommend you to get an external microphone for the best quality audio for your viewers.

This camera is suitable for vloggers who film sports or fast action as it has excellent autofocus. Those who need high-quality videos will find Canon 1DX Mark II an excellent choice. The only downsides for vlogging with this camera is its size and bulkiness. But if you’re willing to work with these limitations then this is an exceptional quality camera!

The battery life is quite good on this camera its about 900 shots, which is above the industry average. Though battery life should not be given significant attention while selecting DSLR’s because most of the time you are going to use it in your studio or in a permanent setup. So, you won’t have any problems charging. And with the high-end DSLR’s you would usually get great battery life, as they are big in size the manufacturers can put a big battery in them.

It has useful features like 61 point high-density Autofocus, ISO expandable up to 102400, excellent viewfinder and more. Here you have total control over the video settings, as you have the complete manual control in the video mode.

If you are currently using a compact camera, then you will see a major transformation in the quality of your vlogs using this camera or any DSLR in general.

Overall, the Canon EOS 5D Mark IV is one of the best DSLR’s out there. Using this type of camera will definitely take your channel to the next level. But still, you would have to sacrifice on the portability part. It’s not that easy to carry it around everywhere. And it also lacks an essential vlogging feature, the flipping screen. But it compensates for that by providing excellent video quality.

Roman uses this camera for creating his daily vlogs. He has been using this camera for a very long time. This camera is made for vlogging as it’s extremely portable and packed with features. The weight of this camera is just 290 grams. Just give you reference, an empty coffee mug weighs around 400 grams. The size and the form factor is really nice; you can easily carry it around everywhere if you are going to create daily vlogs.

It has a 20.1 Megapixel 1-inch sensor and can record up to 4K videos. Recording videos in 4K is becoming the standard now for most Youtube vloggers.

It has a flipping screen, which will help you while you are creating vlogs alone. You can easily set the frame and continuously monitor the focus, lighting, etc. of the video. Using this incredible feature, you can take your productivity to the next level.

It has built-in Wi-Fi with NFC which will help you in wirelessly transferring your files to all your devices. You can also upload your videos and images directly to the internet using the built in Wi-Fi. The autofocus and the image stabilization system of this camera is pretty good. The overall video quality is really good; thanks to all the great features you are getting at one place.

The battery life of this camera is around 320 shots, which is fairly good. Though, you would definitely need to keep a couple of extra batteries if you are into daily vlogging. It also lacks a touch screen, which is very common these days. Without a touch screen it becomes quite cumbersome to change the settings and even set the focus. It also does not have an external microphone jack, which is a must for superior sound quality.

This concludes the review of the Sony RX100M IV CyberShot. Overall it’s a really good vlogging camera for daily vloggers. As the overall form factor is very compact and pocketable which is favorable to daily vloggers.

This is hands down one of the best vlogging cameras out there. It has a really good blend of features that are great for vlogging. It has a 20.1MP sensor that can record up to 1080p videos. Although 4K is gaining popularity, 1080p is still good enough resolution for vlogging.

It is a flip screen vlogging camera, which allows you to constantly monitor the video being recorded. Just like Roman if you are going to start daily vlogging, then having a camera with a flipping screen is a must. Because vlogging daily without a flip screen would be a daunting task, and you would probably miss a lot of shots. It also has a touch screen that will help you in changing settings very easily and you can also set the focus instantly just by tapping on the screen.

The built-in Wi-Fi with NFC will enable you to easily transfer your vlogs wirelessly. It has built-in optical image stabilization and an insanely fast and accurate autofocus. Combining all these features we get incredibly beautiful and sharp video quality in a compact form factor. This is exactly what a vlogger wants. This camera is also a long-time favorite of arguably the world’s most popular daily vlogger, Casey Neistat.

This concludes the review of the Canon G7X MK II. Overall it’s a fantastic vlogging camera for all types of vloggers – be it beauty, gaming, daily vlogging, etc. It would work just fine in any niche. As it has jam-packed with features in a very compact form factor. And Roman also uses this camera as his daily driver.

If you’re interested in finding a more comprehensive list vlogging camera with flip screens, then check out our guide by clicking here!

Drone technology is evolving at a very fast rate. However, even with new drones coming out every other month, the DJI Mavic Pro is still Roman’s first choice.
One of the best things about this drone is that it has sensors in the front. So your drone won’t hit any obstacles in its way, instead, it will find another way to reach its destination.

The drone is one of the best additions to Roman’s vlogging arsenal. Using this drone he has created astonishing videos portraying the world in a beautiful way.

Adding a drone in your vlogging arsenal will add a new and interesting angle to your vlog. It will definitely help the popularity of your channel, as your content quality is going to get better.

A great feature with this drone, specifically for vloggers is that it’s foldable so that is really useful if you’re going to be traveling with the drone. It will allow you to take your drone to places where you may not have been able to take a drone previously.

Roman is using this drone for capturing ariel shots and at the same time, it is one of the best drones out there for vloggers. It will allow you to add a completely new dimension to your vlog.

This drone is a small yet powerful. With its compact size, you may think it’s quite a simple drone but it actually has quite a high degree of complexity and has one of DJI’s most advanced 4K cameras with 3-axis stabilization. This is a great vlogging drone as it’s so small and really portable.

Using a drone can add that extra point of view to your vlog. You can take some really nice shots of your city, events you are visiting, while traveling, etc. Though drones are really popular these days, many YouTubers still aren’t using them. You can start using drones regularly and easily stand out on YouTube.

Roman is using the DJI Phantom 4. It is a very popular drone amongst the vlogger community. It can record videos in 4k. The build quality of this drone is marvelous. You can fly this drone nonstop for half an hour. It can go up to 125 meters above the sea level, at that level of height you can easily get a killer view for your vlogs.

The main and most significant aspect of this camera is its artificial intelligence. It can sense obstacles around it and can track moving objects. Overall it’s a really good drone for starters.

You can connect any device like your iPad, iPhone, Android phones, etc. to the remote controller and monitor the video in real-time with virtually zero latency. This means that you are literally getting real-time feed from the drone. You can control the drone up to 5 km, when your drone moves ahead of the 5 km range the image quality starts to get degraded.

Overall the DJI Phantom 4 is a really good drone for vloggers, and Roman has used this drone on his vlog channel. If you are starting a YouTube channel, then investing in a drone can really make a difference as you can easily stand out and create exceptionally enticing vlogs at the same time.

These are 6 vlogging camera’s used by Roman Atwood. Roman is vlogging on a regular basis, so he is very particular about the build quality of the cameras he’s using as well as the video quality. And these cameras used by Roman are very good in both regards.

A decade ago Roman was working in his father’s rope factory. Then he started creating YouTube videos in 2010 and he only earned a total of $0.48 in his first two and a half years of vlogging. After that, he started gaining traction and started earning a living from his channel. Roman Atwood now has a net worth of about $12 million.

If you want a bit more inspiration for starting a youtube channel, check out this vlog from Roman Atwood & his friend Gary V:

Before you go, you might be interested in a couple of our other articles related to Vlogging Cameras: 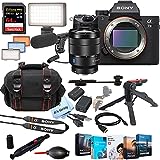 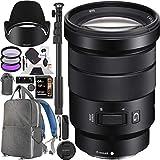